This video sees my friend Graeme (aka Black73Cat) and I head out for a windy and wintry wild camp on White Edge in the glorious Peak District. We had planned this overnighter around a week earlier but in the days leading up to it the UK was battered by high winds. I had my Terra Nova Adventure 2 Tarp again and it was the first outing for my Osprey Exos 48 bag that I purchased before Christmas. It was also the first outing for my new hand grip for the GoPro that my friend Matt kindly made for me.

We parked the cars at Curbar and decided to head north along the Derwent Valley Heritage Way to Padley Gorge, from there we headed up to the Longshaw Estate and we really got a feel of the wind from there. After a short stop for lunch we wandered along Frogatt Edge before we turned eastward to our eventual camp point on White Edge. We had a rather blustery night with a mixture of light rain, sleet, hail and snow. One end of my tarp was open to the elements and it was the first time I’d slept in my bivvy while it had snowed. It was a thoroughly enjoyable camp even the part where I had to jump out at about midnight during a snow storm to re peg my tarp 🙂 All in the name of fun… here are a few images from the trip. 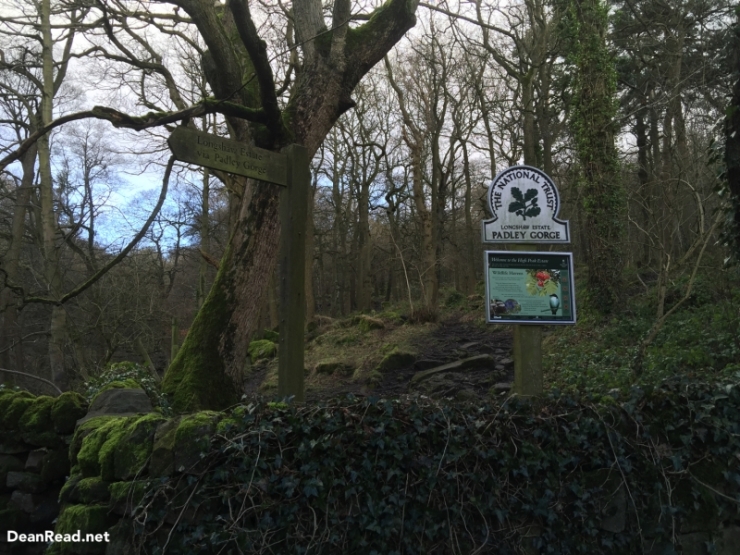 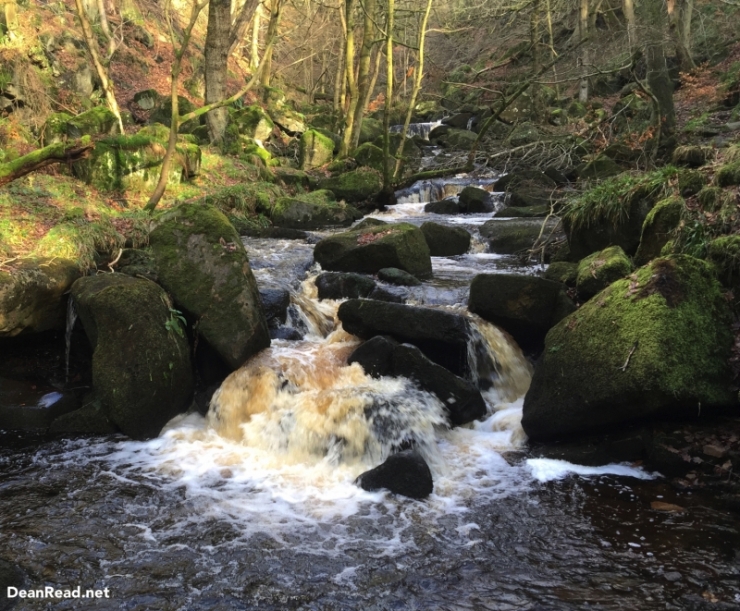 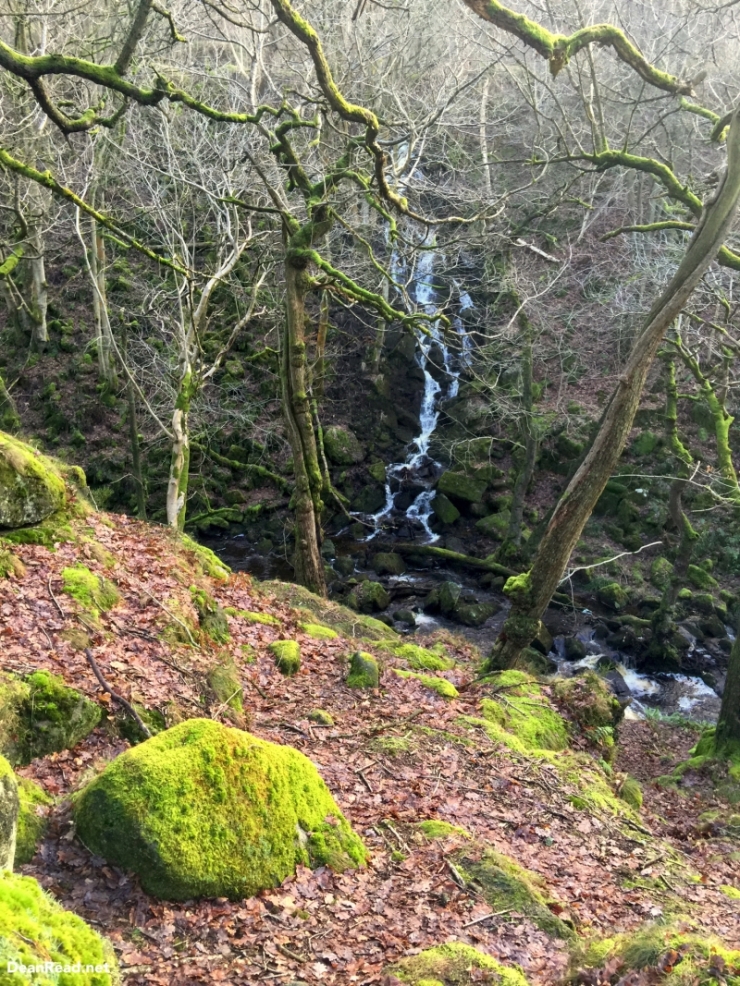 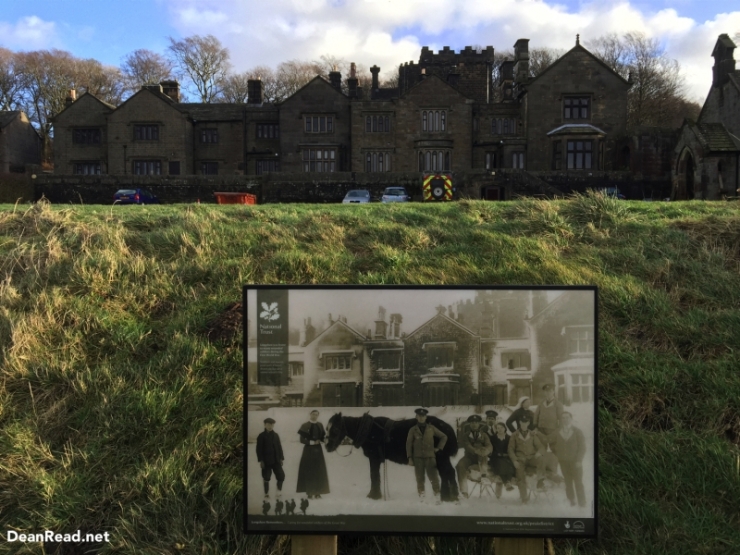 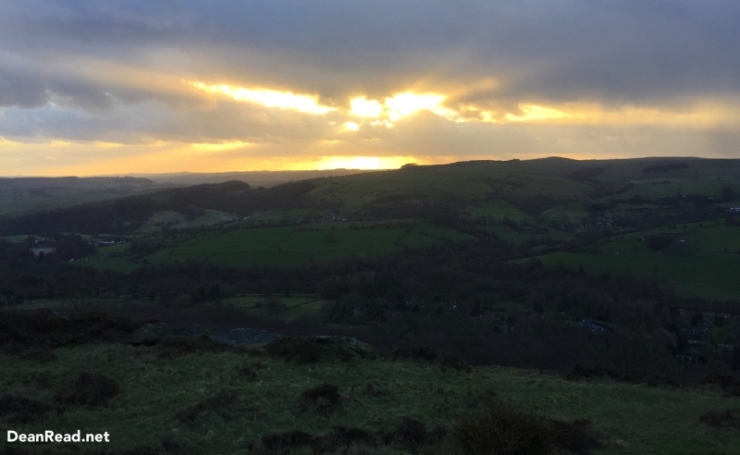 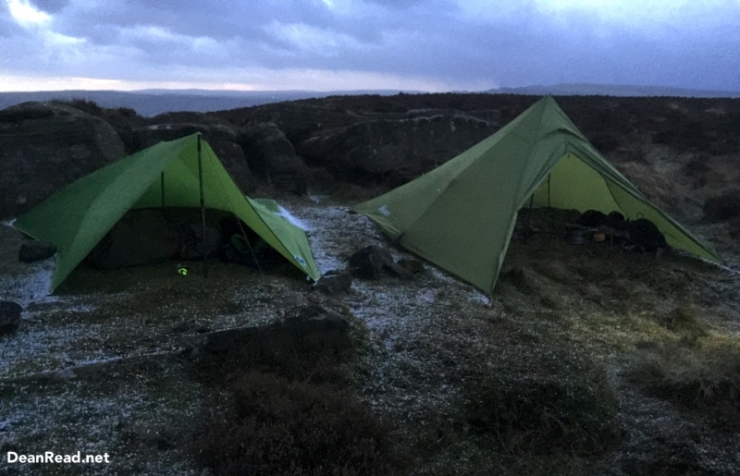 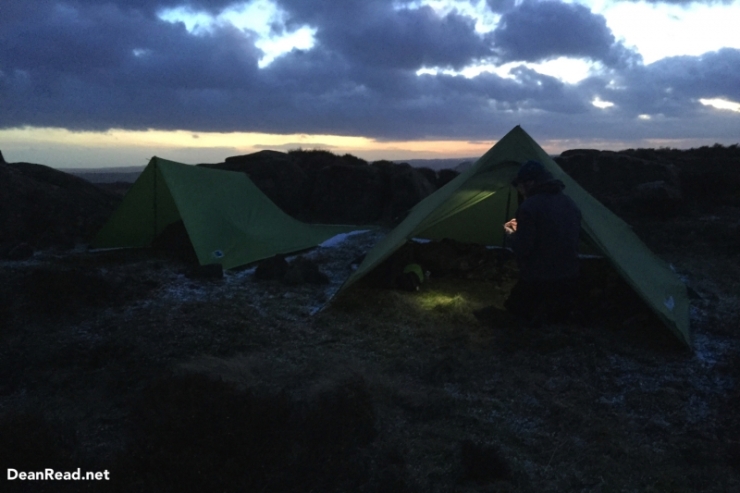