This week I decided to head out along a route I had walked in the past, this time armed with my DSLR to make a video of some of the great spots you pass along the way. The last time I walked this way I recorded an episode of the Peak Routes Podcast which you can also listen too if you wish…. anyway, that aside. The snow had cleared, I had all my warm clothes packed so off I went across Beeley Moor towards Monsal Dale to park up near the Monsal Head Hotel.

After taking the obligatory video snippets of Monsal Dale and the Headstone Viaduct from Monsal Head I made my way down into the valley to walk up towards Cressbrook. The Mill there has undergone a transformation in recent years, it stopped working in 1971 but has since been refurbished and turned into luxury apartments. The part I’m interested in however is its industrial heritage, the original mill was built by Sir Richard Arkwright in 1779 but this burnt down in 1785 and was rebuilt by Richard Arkwright Jnr in 1787. That name Arkwright pops up in many places around Derbyshire and Sir Richard has certainly left his mark in history and on the county. 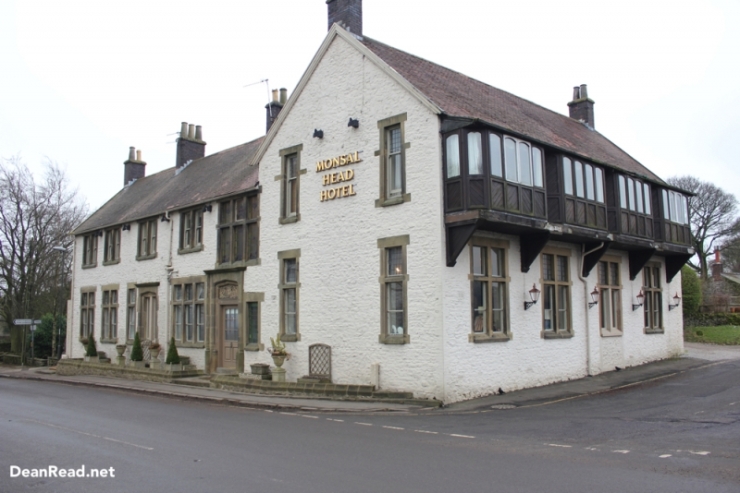 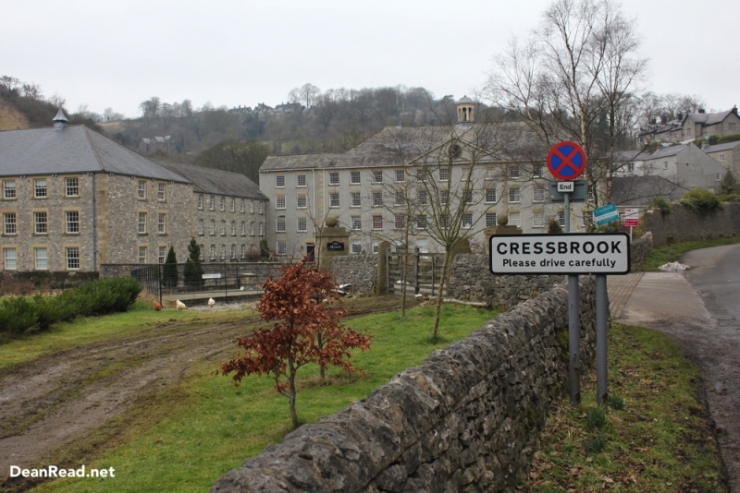 After Cressbrook Mill the route then takes you up towards the Ravensdale Cottages and into Cressbrook Dale itself, the cottages at Ravensdale are very picturesque indeed and it must be very nice to live there down by the river. 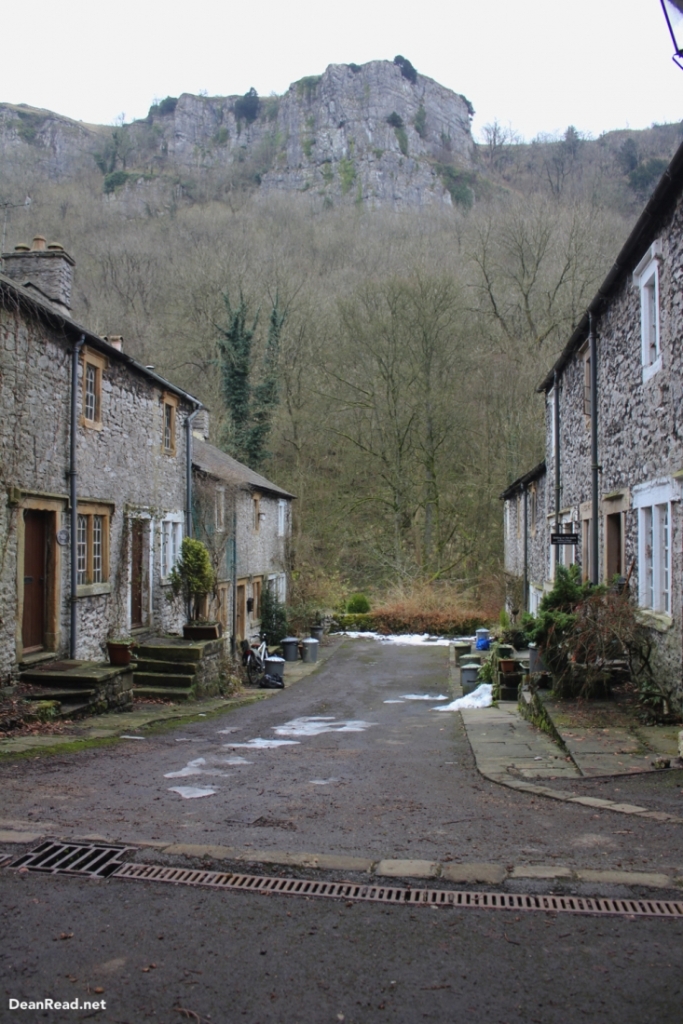 The next point you reach on the route is the entrance to the Cressbrook Dale National Nature Reserve. A quick hop over the bridge and though the gate and you are into one of the most tranquil Dales in the Peak District. In the past I’ve found it to be a lot less busy than places like Lathkill or Dovedale even in the summer. Although it isn’t a very big section of forest as you walk through it is full of life. The bird life was on fine form today and I sat for moment next to the crystal clear waters of Cress Brook listening to their song. When I say crystal clear, I do mean crystal clear. The water here is renowned for its clarity and looks like you could drink straight from the river as it flows past. The colours in this part of the Dale are fantastic too, I love the greens of the moss clad walls in contrast to the browns of the fallen leaves.

Sadly the walk through the forest is relatively short lived but the view as you round the corner to head in the direction of my next port of call is superb. I didn’t take any images this time so I’ll borrow one from my last blog post to illustrate what I mean.

Peter’s Stone or Gibbet Rock as it is known locally is a very famous landmark in this part of the Peak District. As the local name might suggest it holds a rather sinister history. It was at this great looking place that the final public Gibbeting in Derbyshire took place. Legend has it that the last person to be Gibbeted here was Anthony Lingard, a 21 year old Tideswell man. He was convicted of killing Hannah Oliver, the toll-keeper at Wardlow Mires in 1815. After his execution at Derby Gaol his body was hung in chains on Gibbet Rock for 11 years until it was eventually removed after complaints from locals about the gruesome chattering of his bones in the wind. If you would like to read more about this tale then you can find a great article over on the Derbyshire Heritage Website. I was unable to find out precisely where the gibbet was located on the Rock itself, maybe it was right at the top as Gibbeting was done to pose as a warning to others so it would have been highly visible up top. 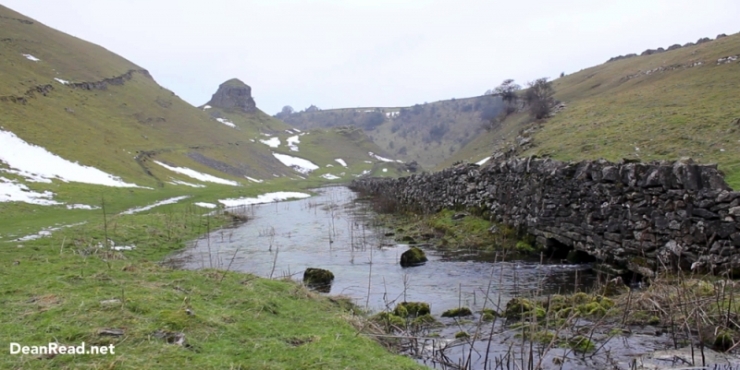 After leaving Peter’s Stone I headed back down into the Dale to cross over the river, I then made my way up and along to the road the village of Litton. The next dale on my list was Tideswell Dale which is another small but picturesque place. 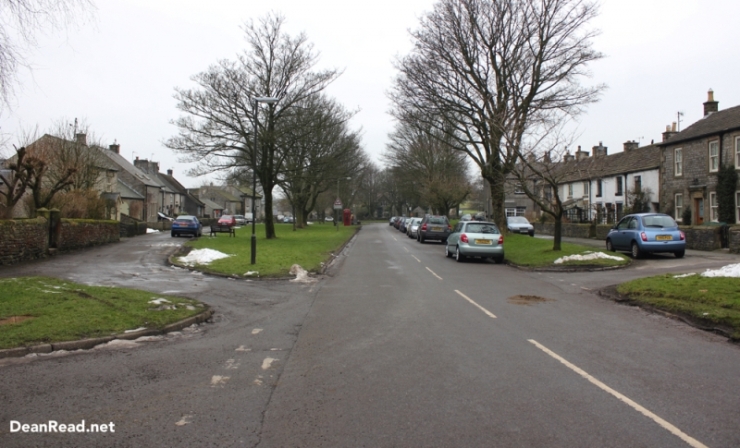 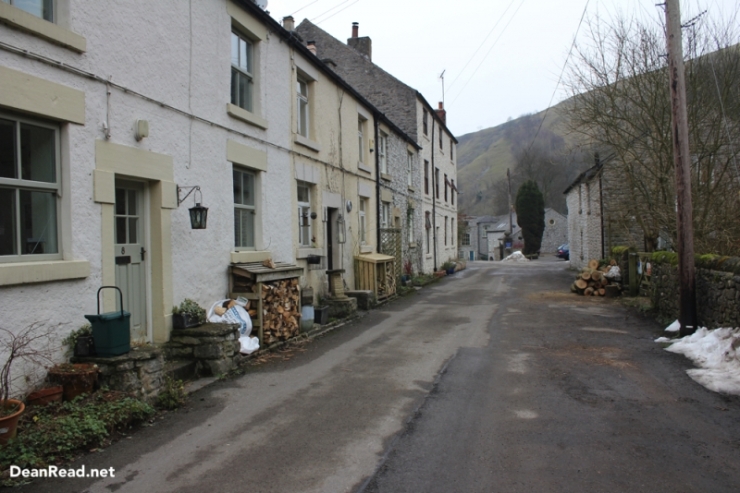 After walking down Tideswell Dale I rejoined the River Wye at Millers Dale before walking through the grounds of Litton Mill, another Mill that as been transformed into luxury apartments in recent years. Naturally it would still be nice to see the mills working as they once did, if developing them in this way is the best way of preserving these historic buildings then I guess that is the next best alternative. Both Litton Mill and Cressbrook Mill do look very spectacular nestled in the bottom of the valley. I’m lead to believe that many of the apartments are now holiday lets, what a great place that would be to come and stay if you were visiting the area. the Monsal trail is right on your door step and what a doorstep to walk out of. I’m fascinated by the structures left behind from the industrial revolution and thankfully living in Derbyshire I have my pick of the best 🙂

The walk down to Cressbrook Mill from Litton Mill is thoroughly enjoyable, a nice gentle track by the side of the river which was abundant with bird life today. I even managed to capture a Heron on video, he had flown off a few times as I rounded the bends but I spotted him looking down from on high on a limestone outcrop. Thankfully i’d taken my Canon 55-200mm lens with me today or I wouldn’t have had a chance of getting him to appear in my video, here is a still from the footage. 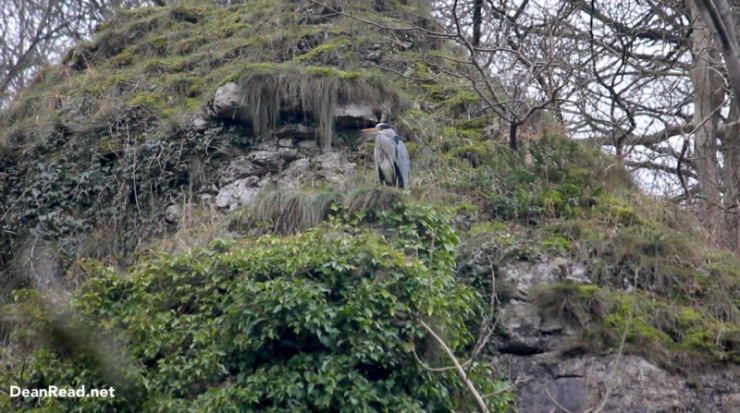 As you approach Cressbrook Mill while walking down stream you are now in an area known as Water-cum-Jolly Dale, it is at this point where you may have to take a detour. When I walked this route last year the water level in the River Wye was pretty high due to recent rains so the path to Cressbrook along the river’s edge was flooded. Thankfully, there is a high river level alternative which carries you across the top of the Limestone cliffs and all you have to do is take the path through the grounds of Cressbrook Mill to rejoin the route. Today though I managed to get along the riverside path with only minimal paddling, I was wearing my leather walking boots so it wasn’t a problem…. Trail shoe wearers beware 🙂

After a few moments on the bridge doing time-lapse shots of the Weir I made my way up the other side of the dale towards the Monsal Trail. You get a great look at Cressbrook Mill from the path as it passes on the hillside to the south. There is also an information board giving you details about the history of the mill once you reach the trail near the mouth of Cressbrook Tunnel. 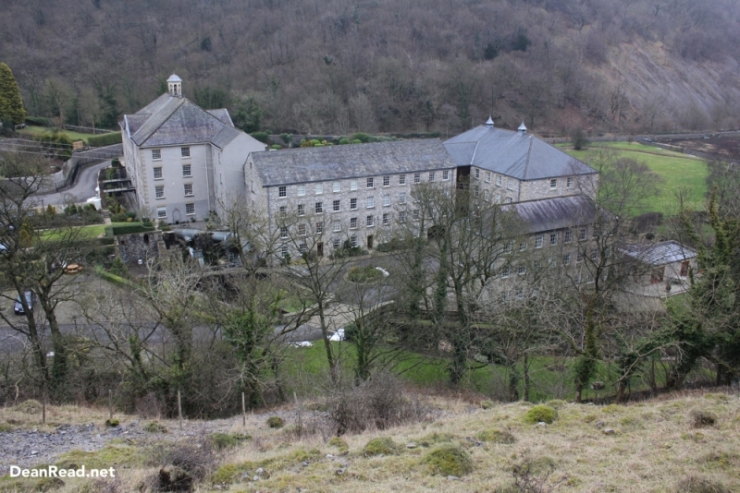 From the turn off for Cressbrook Mill it is only a short walk back to Headstone Viaduct, It was there that I remembered my wild camp last year with my friend Ray up on Fin Cop. We had picked a great spot to bivvy for the night and spent the evening gazing down into the dale and at one of the Peak Districts most iconic landmarks. You check out the video and blog post from that great overnighter at Peak District – Wild Camping – Monsal Dale & Fin Cop. 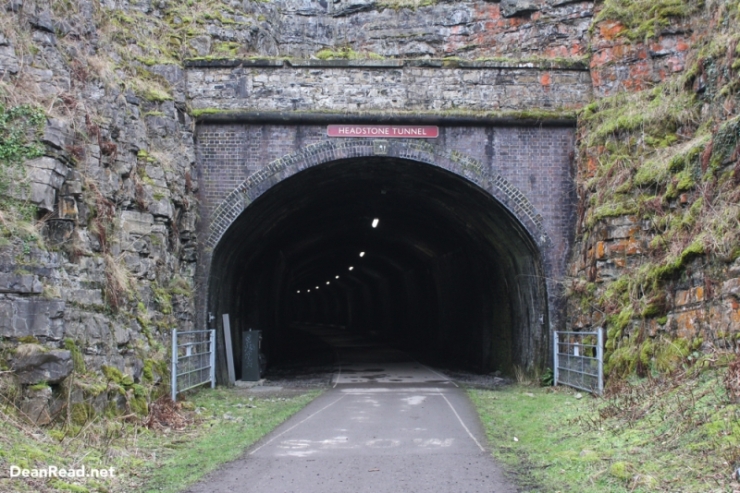 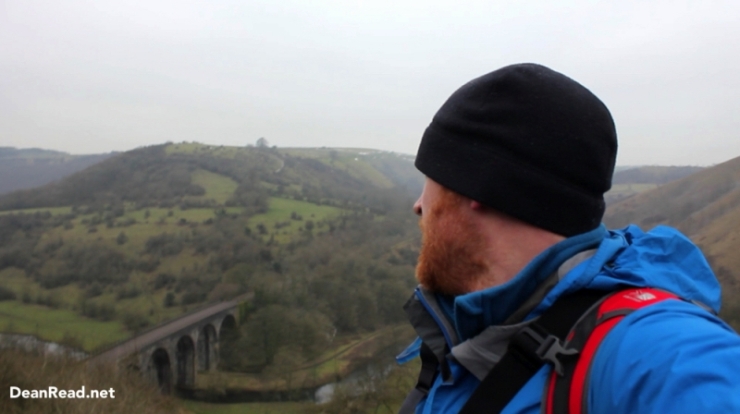 From the viaduct it was only a short, sharp climb back up to the Monsal Hotel and to my car. As always, thanks for watching, reading and listening. If you would like to see the images from my last journey along this route you can do so at Peak District – Monsal, Cressbrook, Tideswell & Miller’s Dale. You can also listen to the Episode 10 of the Peak Routes Podcast which features this route Peak Routes Podcast – Episode 10 – Monsal, Cressbrook, Tideswell & Miller’s Dale.