Living near Chesterfield gives me great access to the eastern part of the Peak District, I’ve walked and camped in most areas there now but one spot hadn’t been checked off my list. Gardom’s Edge… 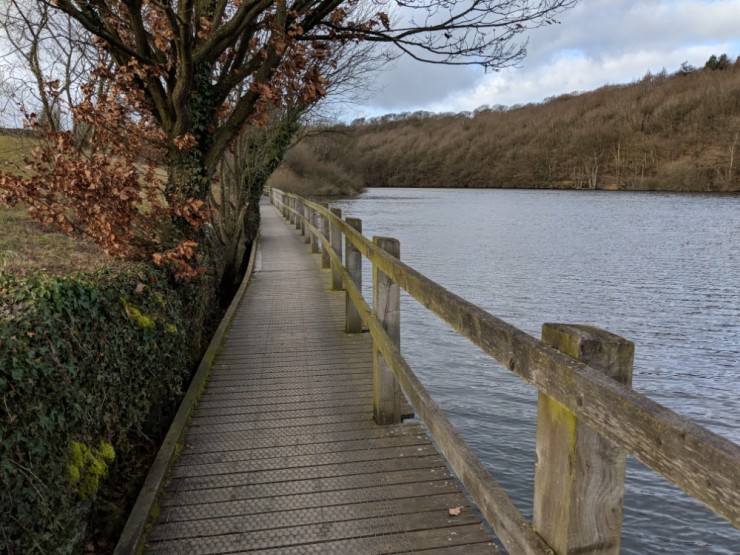 The weather was due to be pretty bad on the day of my camp, not quite as bad as my night out in January up on Bleaklow Stones but equally as blustery. I decided to have a late start to avoid the worst of the wind and begin with a low level walk from the chain of reservoirs at Linacre. 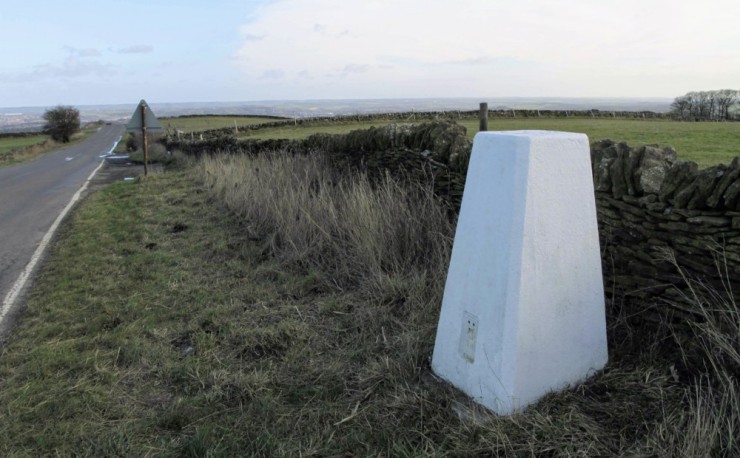 After the gentle walk at Linacre I began the climb out of the valley up towards Grange Hill and the trig point there. As the trig is located right next to the road I’ve passed it many times, I didn’t feel I could truly class myself as having bagged it though until I’d arrived there on foot :-).

Another spot I’d passed in the car but never stopped is Shillito Woods. Situated amongst the trees there is a 400 year old cross that I’d been wanting to go and see so I called in on my way over the Moors. 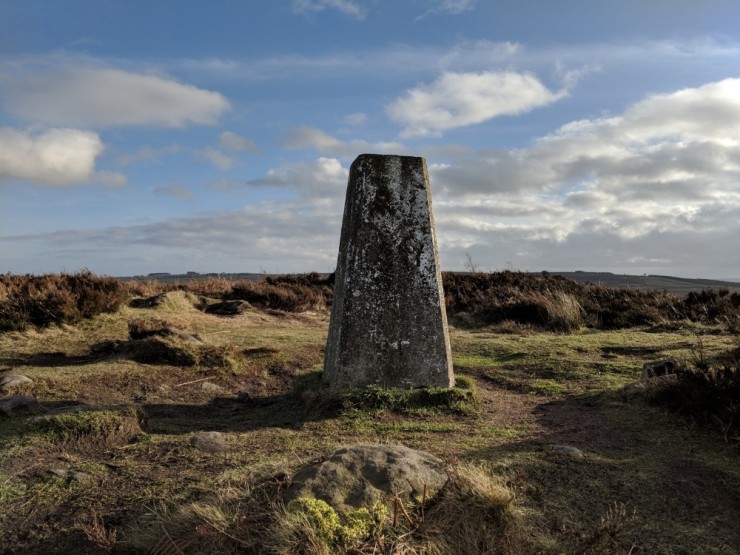 As time and daylight were on my side I decided to have a wander up to Birchen Edge. The wind was still pretty strong up there but the views were fantastic. I paid a visit to Nelson’s Monument and the 3 ships before making my way off towards Gardom’s Edge and to visit some historic sites. 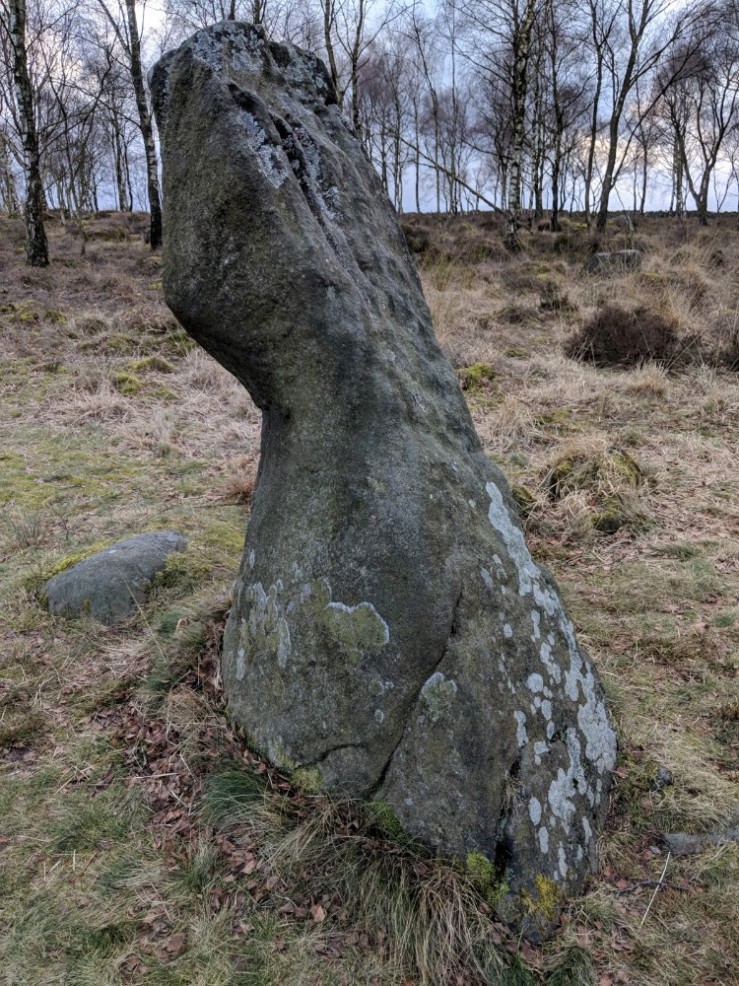 I visited numerous bronze age and early iron age sites on the moor behind the edge itself but here are my 2 favourites. Pictured above is the standing stone which is located at OSGB SK 27229 73229. It’s a fantastic looking feature and is believed to be a 4000 year old astronomical marker. To find out more I’d highly recommend checking out this fantastic page on the stone-circles.org.uk website. There is a wealth of information over there and you can also discover more about the other sites I visited in the video.

Next is the ‘Cup and Ring stone’ located at OSGB SK 27279 73039 which is perhaps the most interesting feature located on Gardom’s. The reason I find it so fascinating is all is not as it seems, only by tapping the ‘rock’ will you discover why. To the untrained eye and during a casual glance nothing appears to be out of the ordinary but the original rock was replaced with a resin copy in 1996. It was decided that the original was becoming weathered and deteriorating so archeologists buried it and placed this copy on top. Once again, head on over to Stone-circles.org.uk to find out more as to write anything here would be pure plagiarism :-). 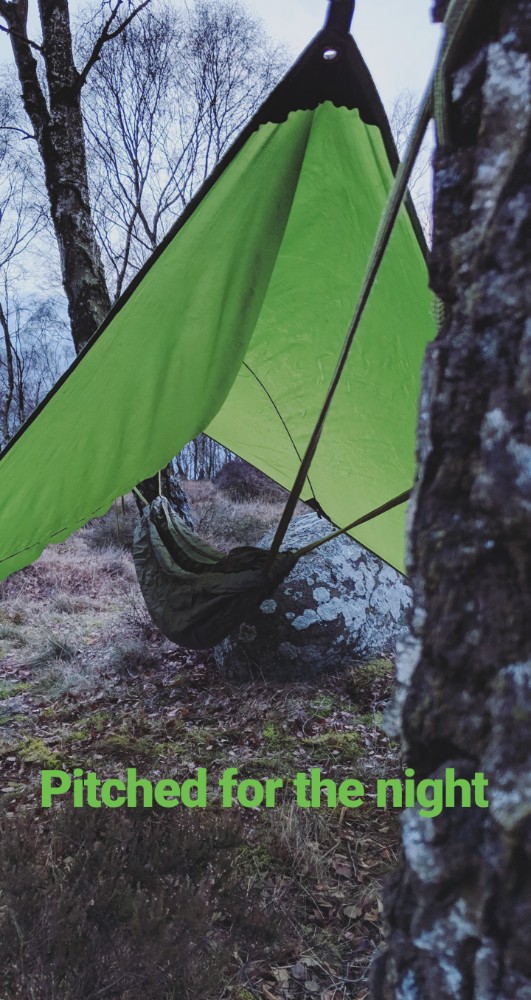 After all that history hunting it was time to find a secluded place to camp for the night. I’d decided to bring my hammock with me tonight as I knew I’d be able to find a good spot amongst the silver birch. The wind had finally calmed, the sky was beginning to clear so I was in for a good night of relaxing and stargazing. After pitching I set up my camera to do some timelapses, ate a great meal and passed time by watching the Ricky Gervais classic ‘Extras’ :-). 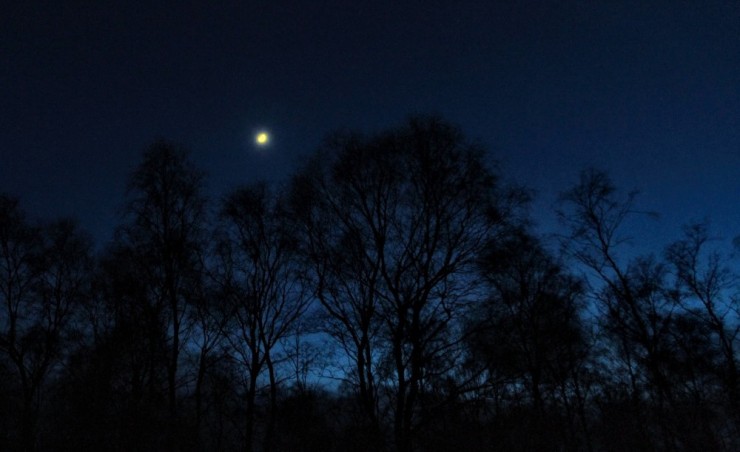 I really enjoy sleeping in my DD Hammock, I know some people can’t get used to them but I find them really comfortable. For the first time I actually slept ‘inside’ the hammock as opposed to ‘in/on’ it which vastly improved my night. There is a zipped section on my version which I sometimes put an extra sleeping bag in to lay on top of or even a matt. This time I decided to physically get inside and it allowed me to move around without fear of falling out during the night :-).

I awoke to rain at around 5am and lay awake listening to the sound of grouse nearby. My Terra Nova Adventure 2 Tarp has been great over the years but I must admit it has seen better days. The seam tape is staring to perish and leaks have sprung up in certain places. Its hardly surprising considering how I’ve used it over the years, pitching it with walking poles in the ‘flying diamond’ formation has put a strain on the seams. I now have to decided if I’m going to fix it or just replace it with a DD tarp, now I have the Luxe HexPeak I only ever really use a tarp while in the woods with my hammock. 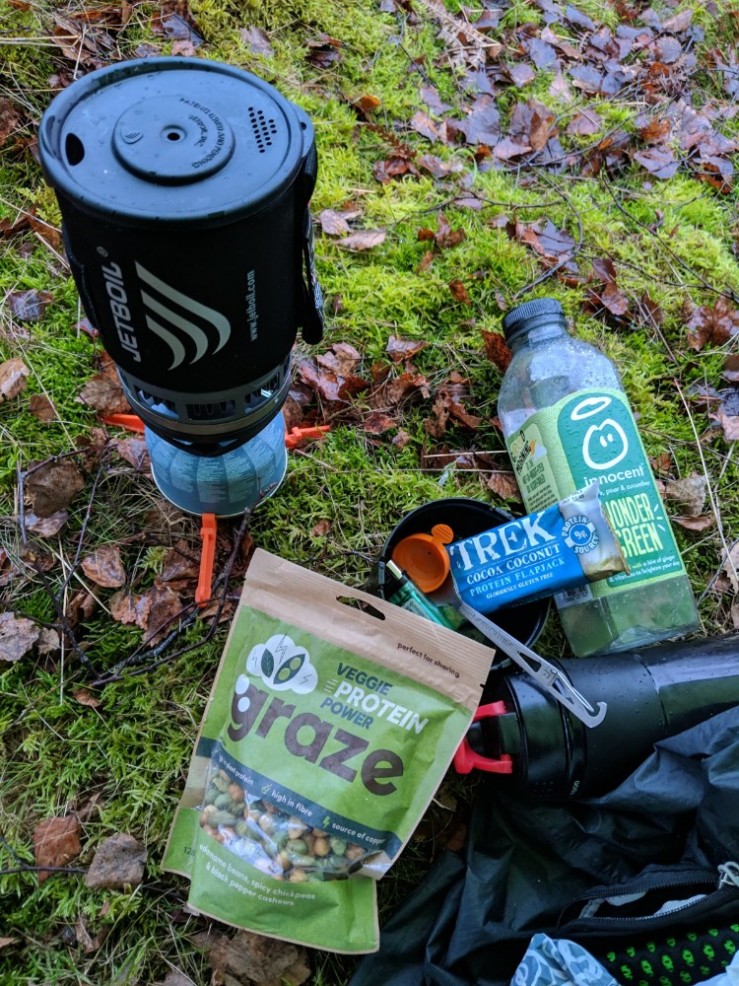 As it was raining and that was due to continue all day I had a slow start, I enjoyed a coffee while watching the day begin around me. I find the sound of rain on a tent or tarp very therapeutic so I was in no rush to leave. I was able to make breakfast and a brew whilst still in my hammock which is the height of laziness :-).

Family life is really busy for us at the moment so my day was already planned out. I only had a small window of free time but I had to make the most of it and get out there for a camp. We had plans at 10am so I packed away at around 8 as my girlfriend Lisa was very kindly picking me up at the Robin Hood Inn. As always I left no trace of my time there and made my way off the edge in the pouring rain.

What can I say, it finally happened…. I lost some video footage. If you’ve watched the video you will no doubt have seen that the morning after my camp where I wake up in my hammock is missing. I’m not 100% sure why but the files were corrupted and I was unable to fix or recover them. All I have is the images but after uploading over 200+ YouTube videos this is the first time it has happened. Granted, I have accidentally deleted a full day before but this was the first time I’ve lost footage and it wasn’t due to my own stupidity 🙂 haha. Either way. Thanks for watching and reading, I’ll see you again soon.

All music by Dean Read. Footage shot with a Canon 7D with a 17-40mm lens, a Google Pixel 2 XL and it was edited in iMovie.