We awoke this morning in glorious surroundings. The weather was perfect and we were on track to being away nice and early. We had camped the night at Wasdale head, we had arrived at around 1800 yesterday evening and got pitched quickly.

After getting the tent ready we headed over to the Inn for a few traditional ales. My choice was a cider called “Dog Rough” … nice.

It took us a little while to get going this morning as we were awake pretty late last night.

We eventually set off walking back down the road from Wasdale head inn, crossed the river and passed the National Trust campsite. We began the accent up Mickledore via Brown Tongue. 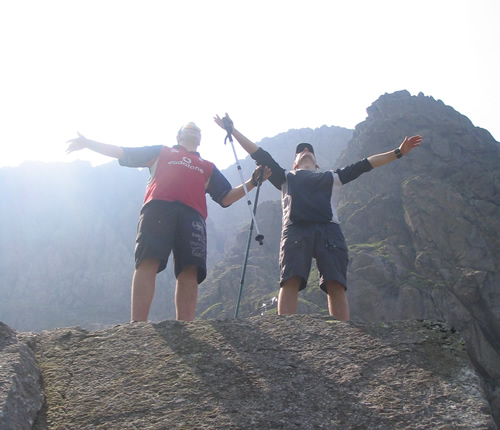 We made good time all the way to the foot of what we have affectionately named “Devil’s Arse”. Its basically our name for the Scree slope that runs up to Mickledore, the point between Scafell and Scafell Pike.

We had a great scramble up while admiring Lord’s Rake on Scafell to the south. Lots of loose scree but easily done.

We then made the short wander up and across to the cairn and summit trig on Scafell Pike. There were plenty of people up here as usual, a lovely summer day drags in the crowds and the 3 Peaks Challengers. 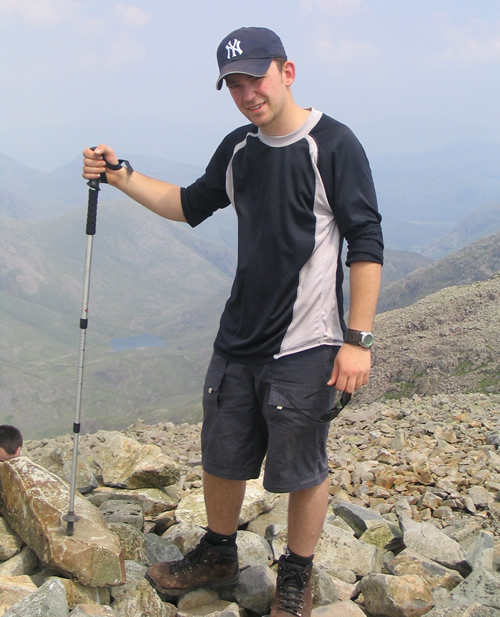 The image above is obviously Jay standing on the summit of Scafell Pike. Keith is in the image below studying the Ordnance Survey map for another challenge for us at a later date. 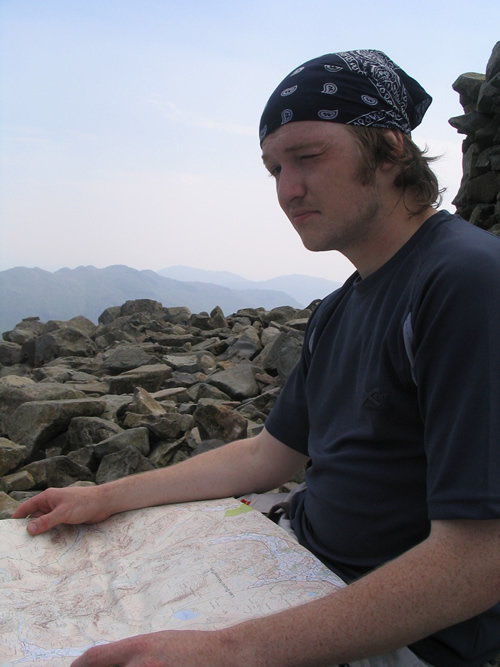 We stayed a short while on the summit and then head back down in the direction of the Great Gable. We decided to go off piste a little and follow the river back down into Wasdale. We got a little side tracked at one point and ended up spending an hour or so relaxing and jumping in and out of a nice little pool in the river. Twas lovely.

We made it back to Wasdale as the light was fading then it was sadly time to begin the drive home. Another lovely Lake District walk finish